Ada Lovelace was ahead of her time.

In 1843, at age 27, the world’s first computer programmer envisioned the future of computer technology as we know it — nearly a hundred years before the first computer was even invented.

A complicated and divisive figure, Lovelace was the daughter of the poet Lord Byron and, though women weren’t encouraged to pursue careers in science, grew up to become a mathematical genius and a key collaborator of Charles Babbage as he developed his analytical engine, a forerunner to the modern computer.

Babbage once described her as “the Enchantress of Numbers,”writing that she “has thrown her magical spell around the most abstract of Sciences and has grasped it with a force which few masculine intellects could have exerted over it.”

Born in England in 1815, Lovelace was the only child of the brief marriage between Lord Byron and Anne Isabella Milbanke. As Charman-Anderson writes in the book A Passion for Science: Stories of Discovery and Invention, the marriage imploded just a month after Ada was born and the poet left for Italy where he died when Lovelace was 8 years old.

Like her father, Lovelace also struggled with mental illness and, fearing that she would adopt the poet’s unpredictable temperament, her mother encouraged her interest in math, logic and science, enrolling her in a rigorous tutoring curriculum.

In 1833, when she was only 18 years old, Lovelace met Babbage, then 42.  “It was a friendship that would change Ada’s life,” as Charman-Anderson writes.

At the time, Babbage was working on a very early, calculator-like computer called The Difference Engine. He would later develop plans for the more advanced Analytical Engine, which Ada studied at length.

When Babbage asked Ada to translate an Italian mathematician’s article on the machine, she transformed it into a 20,000-word work that included the first computer program: An algorithm that would teach the machine how to calculate a series of Bernoulli Numbers.

“By understanding what the Analytical Engine could do — that it was far more than just a calculator — there’s no doubt whatsoever that Ada glimpsed the future of information technology,” said James Essinger, whose biography of Lovelace titled Ada’s Algorithm is published in october this year. According to Essinger, Ada expanded on Babbage’s ideas and envisioned the modern day computer. “What computers do, with literally billions of applications by billions of people, is exactly what Ada foresaw. In some ways, it is almost miraculously prophetic.”

However, Babbage never created the machine and Ada was unable to test her theory before she died at the age of 36 of cancer.

After her death, her ideas were often credited to Babbage.

“People say she didn’t write [the program] — that Babbage did it,” said Charman-Anderson. “There is always someone who feels the need to undermine her, and I think that’s something that a lot of women in technology today understand only too well.”

Even today, Ada’s achievements are sometimes overshadowed by her complicated life, said Valerie Aurora, cofounder the Ada Initiative, a nonprofit that promotes women in open technology and culture.

While there are more opportunities for women today than during the Victorian era when Lovelace did her work, women in technology and science still face discrimination, Aurora said.

“Unfortunately, we are seeing that things are becoming more sexist in the tech industry as time goes by,” she said, citing statistics that show that the percentage of women enrolled in undergraduate programs in computer science peaked at 35% in 1985 and is now down to the low 20% range. “It requires an actual effort to reverse that trend.” 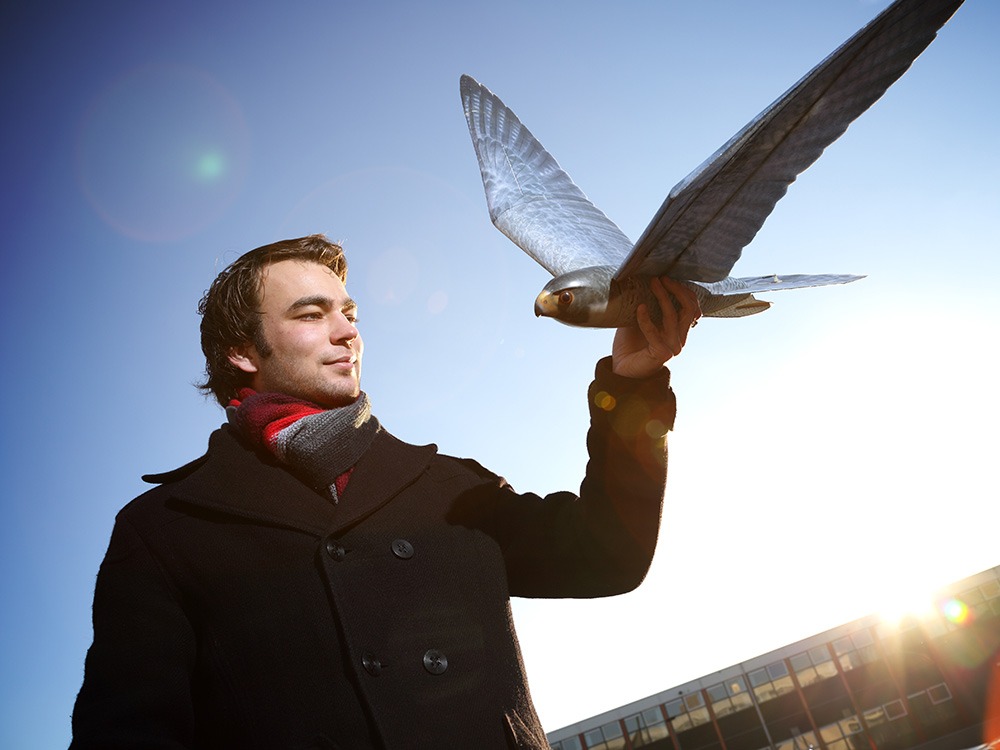 Realistic Robo-Hawks Designed to Fly Around and Terrorize Real Birds