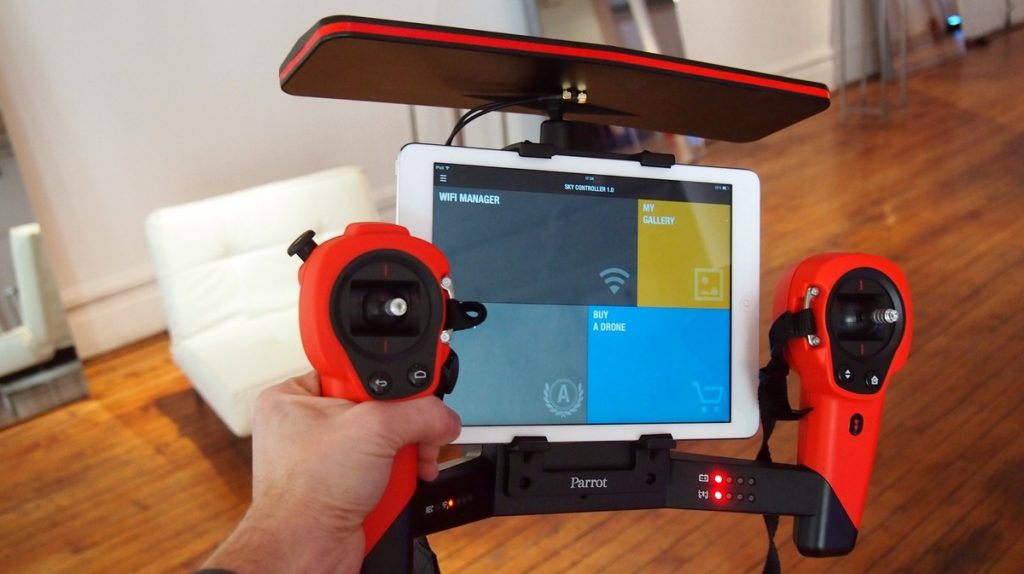 Parrot’s latest drone the Bebop has an, at best, misleading name. There’s nothing boppy about this pro-level drone masquerading in a kid-friendly name (and colors).

Unveiled on Tuesday in New York City, the Bebop drone is smaller, lighter and infinitely more powerful than Parrot’s AR.Drone 2.0 It does have at least one thing in common with the previous drone. Both use ad-hoc Wi-Fi connections to talk to a tablet-based control app.

Beyond that, though, Bebop is a very different animal. It’s $499 ($200 more than the AR.Drone). The body only marginally resembles AR.Drone. It still has four powerful rotors, which can be partially covered by a pair of foam hulls. Its curved back is made up of, in part, a slightly larger battery, which lasts slightly less time than the AR.Drone’s. According to Parrot, you get about 11 minutes flight time per charge.

The Bebop is part remote-control flyer and part robot. It has a host of sensors — including pressure, accelerometer, gyroscope and magnetometer — to help it fly stable, hover in the air, and take off and land smoothly without assistance. The AR.Drone has those, too, but Bebop adds a built-in GPS that tells Bebop where it is (outdoors, only) and even if you lose sight of the drone, a command to return “home” will bring it right back to you.

Bebop can also travel faster than the AR.Drone — a lot faster. It’s been clocked at 50 kilometers per hour (roughly 31 mph). The AR.Drone maxes out at 15 kph.

Parrot also put in a brand new 802.11ac radio that can connect over 2.4GHz and 5GHz bands, which means you can even search for the best channels and manually switch to them if you want better communication with the drone. And those connections could go a long way. Bebop stays connected, said Parrot, up to 250 meters away.

Then there’s the camera. While the AR.Drone had a HD video camera on the front, and a lower resolution one in its belly, Bebop has an HD 186-degree camera on its nose. For still images, you can capture that full-fisheye view, but the more interesting way to use it is as a digital gimbal.

Here’s how it works. When you’re flying the Bebop and controlling it through Parrot’s FreeFlight iOS or Android app, you can see what Bebop sees. However, in video mode, the camera shows you just 86 degrees. For one thing, this smaller view makes the camera appear perfectly stable no matter how you move Bebop about in the air. Also, you can control which 86-degree portion you see and record through the app — all without moving the drone.

As with AR.Drone, you can record video direct from the drone to your tablet, but Bebop actually comes with its own 8GB of onboard memory, enough to record roughly an hour of in-flight video.

Parrot also introduced the Sky Controller. Custom-built for Bebop, which adds pro-level RC hardware control. It looks like a bit of a contraption, but the hardware actually enhances Bebop’s functionality.

Built around Android, the controller communicates directly with Bebop (it also connects to it quickly because it’s more or less permanently paired with it) and with an iOS or Android tablet you seat inside it. However, instead of using the tablet to control the drone, the tablet’s only job during flight is as a giant viewfinder. You control the drone through physical joysticks which give you far more precise control than the software-based ones in the app.

The Sky Controller also features a powerful — and large — antenna on top which extends Bebop’s range to a mind-boggling 2 kilometers.

Knowing that each battery lasts 11 minutes, I had to ask:

What happens if you fly so far, Bebop doesn’t have enough juice to get back?

What happens if you fly so far, Bebop doesn’t have enough juice to get back? Parrot Project Manager Francois Callo told me there is onscreen information about how much battery power you have left. Even so, he admitted that the drone has no way of telling you if it’s gone too far to actually make it back on remaining battery power and yes, run out of juice and get lost. But that could not be blamed on the Bebop, he told me. “It’s just like a car: You drive too far and run out of fuel, it’s not the car’s fault.”

You’ll even find mini USB and HDMI outputs on the controller so you can attach 3D goggles like the Zeiss Cinemizer we used during my test flights. It gives you a 3D view of what Bebop is seeing.

The Sky Controller doesn’t come cheap. A bundle with Bebop and three batteries will run you $899.

I got to fly Bebop with both the Sky Controller and through the FreeFlight 3 app. I immediately found it more responsive and easier to control than any Parrot drone I’d piloted before. I never hit a wall or crashed, even though, at times, I was moving much, much faster than I’m used to with a drone.

Aside from how loud it is (all of Parrot’s drones are loud) my other concern would be losing it as it dashed out of sight. At least I could always see through its lens on my tablet — though the video did not always keep up with the drone’s actual position.

Flying with the Sky Controller was fun, even if it was so big and bulky that I needed a neck strap to use it. As soon as I got use to the physical controls, I was flying with confidence. Finally Callo had me put on the Zeiss Cinemizer headset (it costs $199 and is not sold by Parrot). This let me see directly through Bebop’s camera. At first, I couldn’t properly control the drone because I wanted a view that that showed me the whole drone — an impossibility, of course but something I’ve come to expect from playing video games.

This, of course, was not a video game. Callo gave me a key bit of guidance: Only fly in the direction of what you’re looking at. With that, I got my bearings and began cruising through loft space where Parrot was holding the event.

Bebop is good and powerful enough to create a lot of fun and, perhaps cause a bit of trouble. I have no doubt that, when these drones go on sale December 1, within a week or so someone will fly the powerful Bebop too close to a national monument. 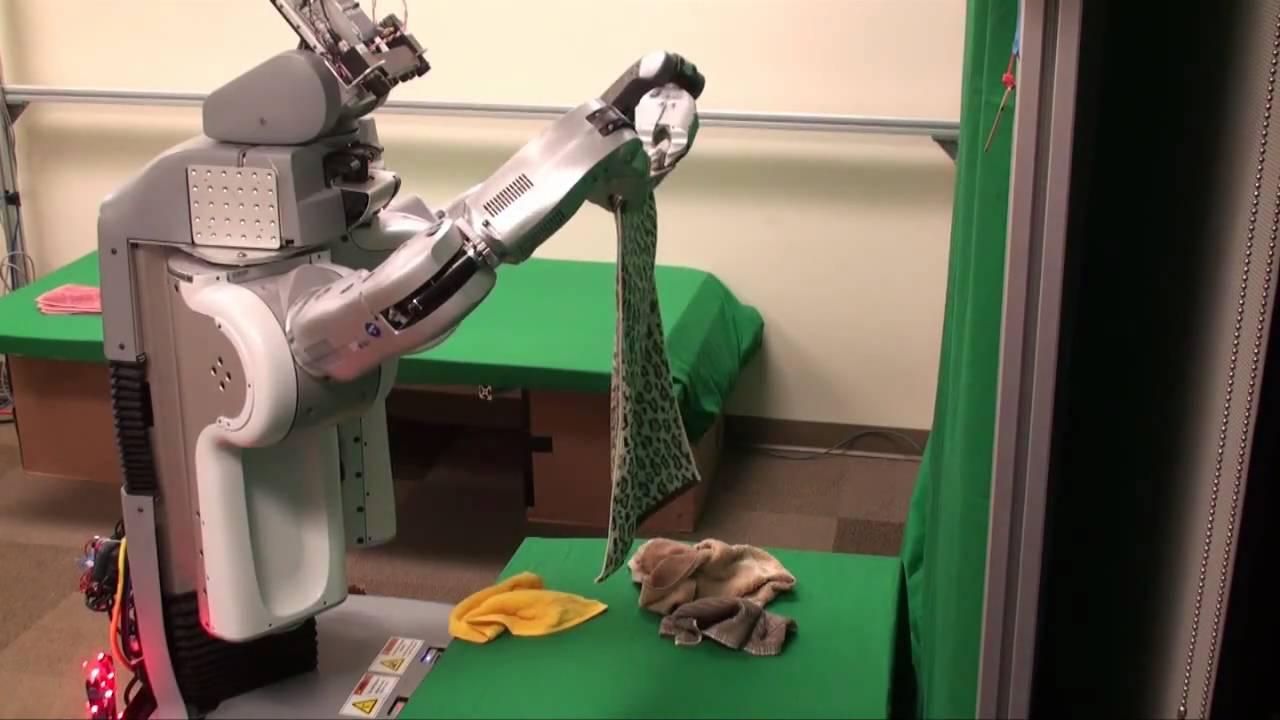 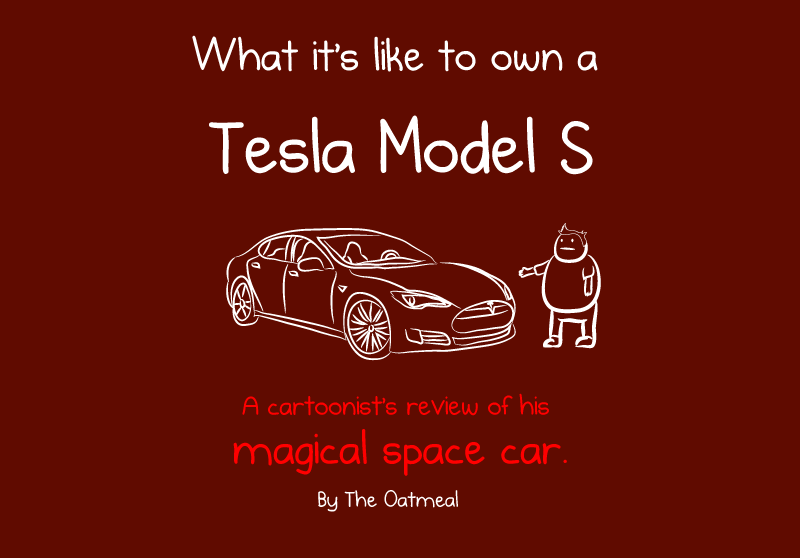