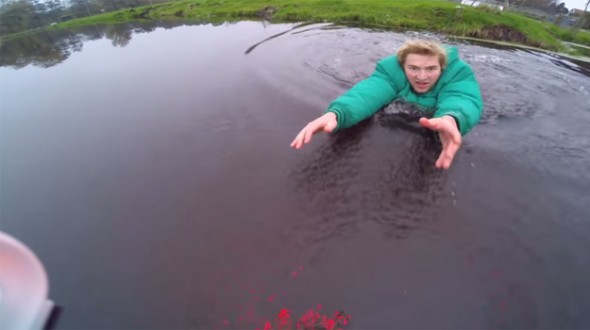 Zwier Spanjer bought himself a shiny new drone aircraft recently, and on his very first day playing with his new toy, disaster struck. While flying the DJI Phantom 2, Spanjer apparently neglected to keep track of the battery level, which caused the drone to lose power and go into emergency landing mode. Unfortunately, the location it chose for landing happened to be a small pond.

This isn’t just a tense video, it’s the story of a man who would do anything for his drone. This a love story for the ages.

The DJI Phantom 2 is a pricey (starting at $800) quadrocopter aircraft with a built-in 1080p video camera. That means we get full HD video of its entire harrowing trip down toward the stagnant waters. When Spanjer realizes what’s happening, he hops a fence to get closer to the drone. He realizes at about the one minute mark that the drone is headed for the water and makes a decision — he’s going in.

I would wager he didn’t expect the pond to be shoulder-deep, but that’s what he found when jumping in to get under the drone. The video just happened to be framed perfectly as the drone descended, so you can see Spanjer desperately struggling through the muck to get close enough. He reaches, hoping to snag a corner of the drone as it nears the water. He stumbles, nearly falling below the surface, and… success! The drone is saved by the barest of margins and handed off to a friend on shore. Whew. That was nerve wracking.

This particular drone is rated for 25 minutes of flight per charge, and the controller tethers to an iPhone or Android device to relay live video and telemetry data. Spanjer might not have had the phone attached, though. Otherwise it would have warned him of the low battery. There’s also a safe landing mode where you can set a location for the drone to set down when its batteries are low. I guess he didn’t do that either. He probably learned his lesson.

How hackers could attack hard drives to create a pervasive backdoor 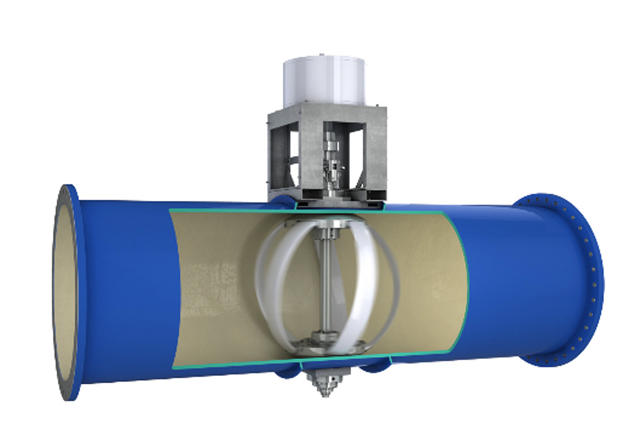